Sleep apnea is a common sleeping disorder that affects an estimated 18 million adults in the United States and a good percentage of children. The disorder is always disrupting, and it can be serious in some situations.

What is Sleep Apnea?

People who suffer from sleep apnea experience repeated breathing interruptions as they sleep. The starts and stops can last anywhere from a few seconds to several minutes, and they’re frequently disrupting both to the individual who has the disorder and any partner they sleep with.

The most common symptom of sleep apnea is snoring, and many people who snore loudly or frequently suffer from sleep apnea to one extent or another. Not everyone who snores does have the sleeping disorder, though.

While sleep apnea itself is rarely (if ever) fatal, it has several undesirable side effects and some of these are serious. The disorder can lead to:

The cardiovascular issues that occur with sleep apnea are most common in individuals who are already suffering or predisposed to these problems. Sleep apnea doesn’t necessarily cause these issues, but it can exacerbate any cardiovascular problems that are already present.

Additionally, people who have sleep apnea are frequently tired even when they get an adequate number of hours of sleep. Since their sleep is continually interrupted, they’re unable to get sufficient deep and restful sleep. To a lesser extent, partners may also be tired if snoring keeps them up.

Obstructive sleep apnea, which is the most common form of the disorder, normally occurs when muscles in the back of the throat relax too much. These muscles support the tonsils, soft palate, tongue and sides of the throat. If the muscles relax too much, the opening in this part of the airway narrows and breathing becomes difficult.

When the airway narrows due to obstructive sleep apnea, the brain automatically begins breathing through the nose instead of the mouth. This resolves the issue, but there’s still a disruption in the person’s sleep pattern. The disruption can occur as many as five to thirty times in an hour.

Central sleep apnea is a less common form of the disorder in which the transmission from the brain to the muscles needed for breathing fails. As a result, a person doesn’t make any effort to breathe for a small period of time.

In addition to the muscle-related causes of obstructive sleep apnea, this form of the disorder can also be caused by an orthodontic issue. In some patients, the airway isn’t blocked by issues with the throat muscles but instead by one or more of the following orthodontic problems:

Depending on the exact orthodontic issue that’s causing a person’s obstructive sleep apnea, there are three different types of dental appliances for sleep apnea that an orthodontist might recommend.

First, braces and aligners may be used to treat obstructive sleep apnea caused by misaligned teeth. These devices slowly but methodically move teeth out of their incorrect positions and into positions where the teeth won’t block the airway. Braces and aligners can both be used to treat children’s and adults’ sleep apnea, with aligners offering a less noticeable look than braces.

Third, a mandibular advancement splint is a custom-fit brace that changes the jaw alignment during sleep. The device moves the lower jaw slightly forward and downward. The effect of this small movement is a widening of the airway, which reduces the prevalence of obstructive sleep apnea symptoms.

Insurance May Cover a Dental Appliance for Sleep Apnea

Importantly, residents of North Carolina who suffer from obstructive sleep apnea usually have affordable access to any dental appliance for sleep apnea that they might need. When prescribed and fitted by an orthodontist, insurance often covers part or all of the cost of treatment.

ORTHODONTICS FOR EVERYONE0
Testimonials

Incredible people are among us

The Laster Orthodontics team is full of happy, warm, genuine people who love life, and our patients. We are always 100% committed to patient care.

Nilsa Zyryi
Great place. This was our first time to get a consultation and getting my boys started with their braces! I didn't know what to expect...
Rebecca Creech
First time going today and it was wonderful. Everyone was warm and welcoming. Not long wait times either. 10 out of 10 would recommend Update: we...
Gretchen Parker
Laster Orthodontics made my teeth straight and beautiful again! I wore the liners to close a gap that had previously been filled with composite. The...
Margaret Cuthbertson
We had an amazing visit with Dr. L for both of our boys. His Rolesville office is welcoming, clean, and comfortable. Our younger child was...
Jay Jones
As soon as you walk in, everyone on the staff is full smiles and they are truly happy to see and assist you. When you... 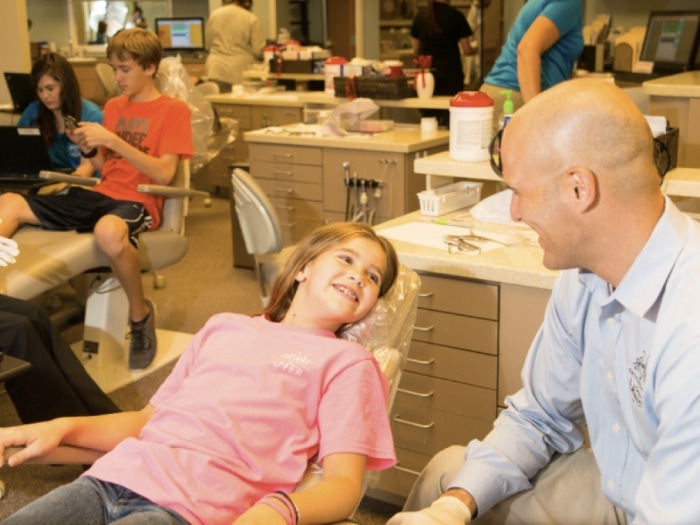 Smiling is contagious and spreads positivity to everyone around you. With a perfect Laster smile, you’ll have a reason to spread positivity everyday. Schedule a free consult so you can get started right away!

Come Visit Us
OUR Locations

We look forward to seeing you at one of our three convenient locations below! 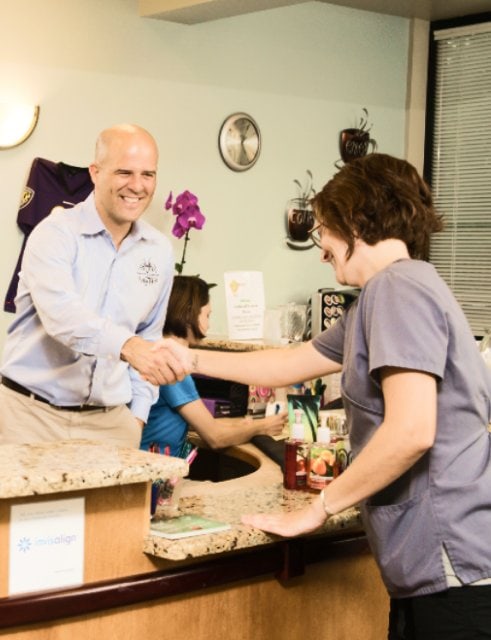